We are a dedicated team with years of experience working throughout Europe, Africa, Asia and South America. Our passion is to share powerful stories of humanity.

We believe our strength is our team and through combining our individual, specialised abilities we are able to develop creative visual narratives.

A body of documentary work is created around each story. This includes short multimedia films to full-length documentary features, supplemented with photographs, composed music and sound design, written texts and testimonies.

We prefer in-depth storytelling, rather than sensational mainstream media, and our aim is to use our work to give a voice to those that have been silenced by injustice in its many forms. 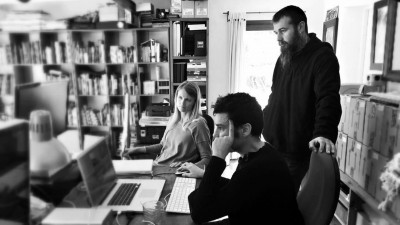 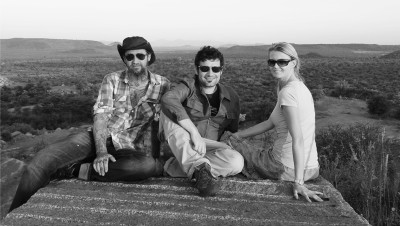 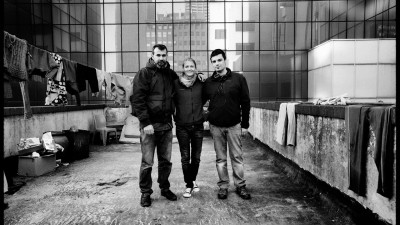 Pep Bonet is an award-winning photographer and filmmaker who has traveled extensively capturing profound moments that represent the unbalanced world in which we live. His longer-term projects focus on African issues, with his most well known project being “Faith in Chaos”, a photo essay on the aftermath of the war in Sierra Leone. Pep’s ongoing work around the globe on HIV/Aids has led to several photography books and many exhibitions worldwide.

Pep’s work has been recognized with many industry awards. He was selected as the Kodak Young Photographer of the Year in 2003, the Luchetta Foundation in Trieste nominated him the best press photographer of the year in 2004. He was recipient of the W. Eugene Smith Humanistic Grant in Photography in 2005, he has won 3 World Press Photo Awards in 2007, 2009 and together with the Altamar team in 2013.

Pep has published several books and his work has been exhibited across the world. Line Hadsbjerg is a writer, a journalist and a storyteller. She was born in Denmark, but grew up in Kenya and South Africa. Line has lived and travelled across the world, her most recent work is deeply rooted in South Africa. She is the author of the book Remarkable South Africans, which shares inspiring individual stories from across the spectrum of society. Line is co-founder of betterplace.org, Germany’s leading online giving platform. At a grassroots level, she helped found SEED Community, which strives to empower girls in South Africa through access to tertiary education. Line works closely with international photographers and filmmakers, supplementing their visual stories with narrative, concept design and project presentation. On film assignments, Line compiles the research, prepares and conducts the interviews, edits the script, and writes written features to supplement the visual documentation. In recent years he has specialized in the production of audiovisual projects, editing and post-producing multimedias and creating also music and sound design for each work. He has worked with photographers around the world including award winning artists like Gueorgui Pinkhassov, Carl de Keyzer, Todd Hido, Ricardo Cases, Pep Bonet, Toshihiro Oshima, Stanley Greene, Franesco Zizola, Guillaume Herbaut, Shen Wei, Yuri Kozyrev, and others. He also has worked with agencies such MAGNUM, NOOR, VII, Contacto, Eyes in Progress, MSF and RIA Novosti. His audiovisual work has been published in New York Times and TIME Magazine (USA), Le Monde (France), El Mundo (Spain), Rolling Stone Magazine (USA), The Guardian (UK) and many specialized websites.

Among other awards José has won 4 World Press Photo awards (2013, 2014, 2015, 2016), First prize at Prix Bayeux Calvados 2014 Multimedia Award for “Grozny: 9 cities”, and first prize at VISA Pour L’image for “La Zone” webdocumentary. His work for photographers have been exhibited in principal festivals of photography, such LOOK3 in New York, PHOTOESPAÑA in Madrid, Festival of Arles and Visa Pour Le Image in France, Tbilisi photo festival in Georgia, Athens Photo Festival in Greece, European Photo Festival in Berlin, Germany, and many others.